I spent most of my childhood years in front of the television:

” the first 6 years of my life I believed the Ninja Turtles lived in the sewers and that the word war was synonymous for G.I. Joe”.At 13 I fell in love with skateboarding and the whole culture that revolves around it, the step from the board to graffiti was inevitable.

Through aresolart I was able to get closer to art and learn to understand the power of color and image as a form of expression.

From 2002 to 2009, my work in fashion design and then interior design allowed me to increase my aesthetic point of view. This accompanied me in the the production process of those years, often becoming a point of departure for a reflection.

Graduating from the European Institute of Design (IED) and the consortium Poli. Design, Polytechnic of Architecture of Milan, I went on to Co-found and create the collective of neo-Dadaist art “Androgine Morbide”.

With whom I participated in various Milanese underground collectives until the end of the production of the exhibition “Voci Silenti,” (Silent Voices) sponsored by the Region of Lombardy

“There are easy things and difficult things, I choose things that do not yet exist”

The inspiration is born out of need and in response to the events that occur in modern society.

These reflections become images; the photographs of a scene, the stories, the characters shape themselves following the influence that has shaped my style.

80?s and 90?s cartoons, the toys of the time, historic films such as Roger Rabbit, the Goonies, The Navigator, the famous E.T., the artistic production of directors like Tim Burton or more recently the great works of Pixar or DreamWorks, no sense art, the post Dadaist movement, urban culture, graffiti, skateboarding, the irony of the Simpsons, the father of surrealist art Dali, action figures, Rap and Punk.Through humor and fantasy I try to represent the aspects of life and the events to which I can not give any explanation to other than the distortion of facts to which they take place, thus creating a scenario that in fact “DOES NOT EXIST”.

The work always has a character in the foreground. Once contextualized, the protagonist, the background and the other actors take the life as a work in progress, often an inspiration that comes from working the canvas itself. The key elements are arranged following a neat geometric structure, outlining a real puzzle to understanding the message.

The support of the classic canvas and oil colors, the glossy atmosphere and the denseness in this technique are the perfect combination to express the atmosphere of a fantastic journey. 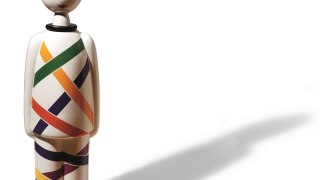 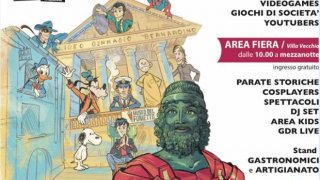 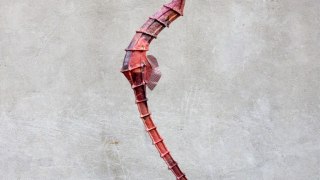